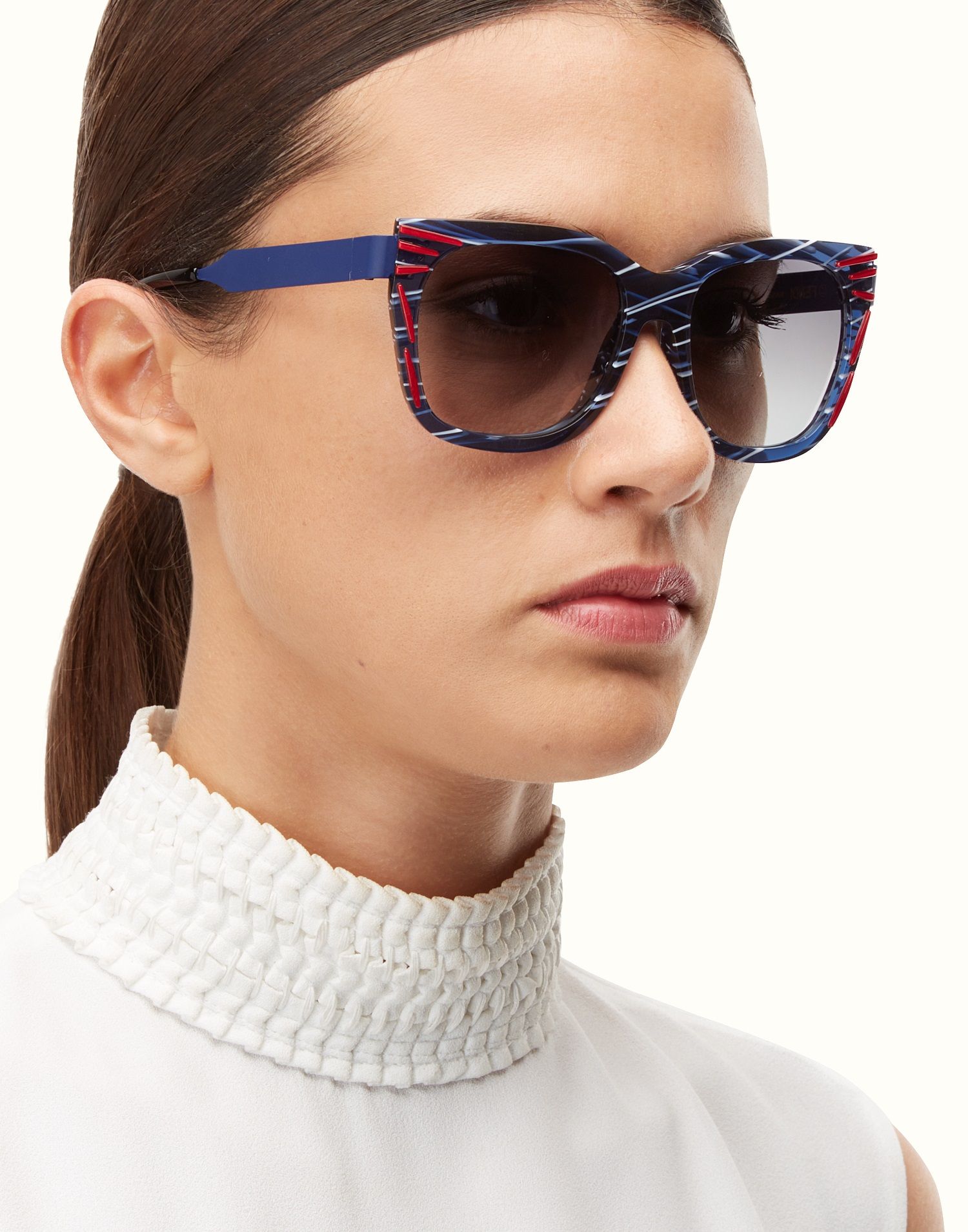 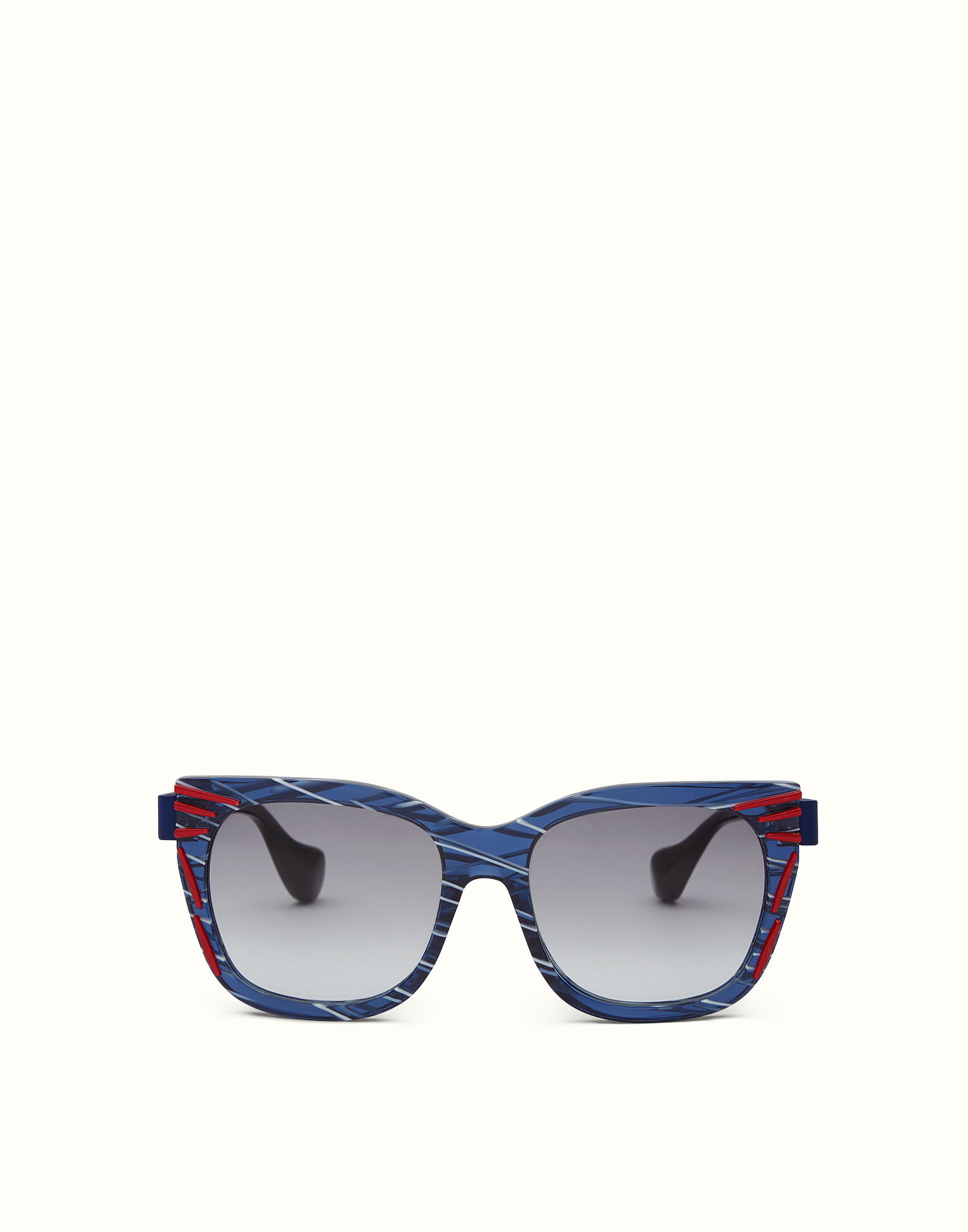 The unique duo Fendi and Thierry Lasry created the Kinky frames with a slightly square shape. The transparent blue compliments the dark red raised detailing that adds dimension to the frames. These elite sunglasses have a luxurious satin finish and smoky gray lenses. 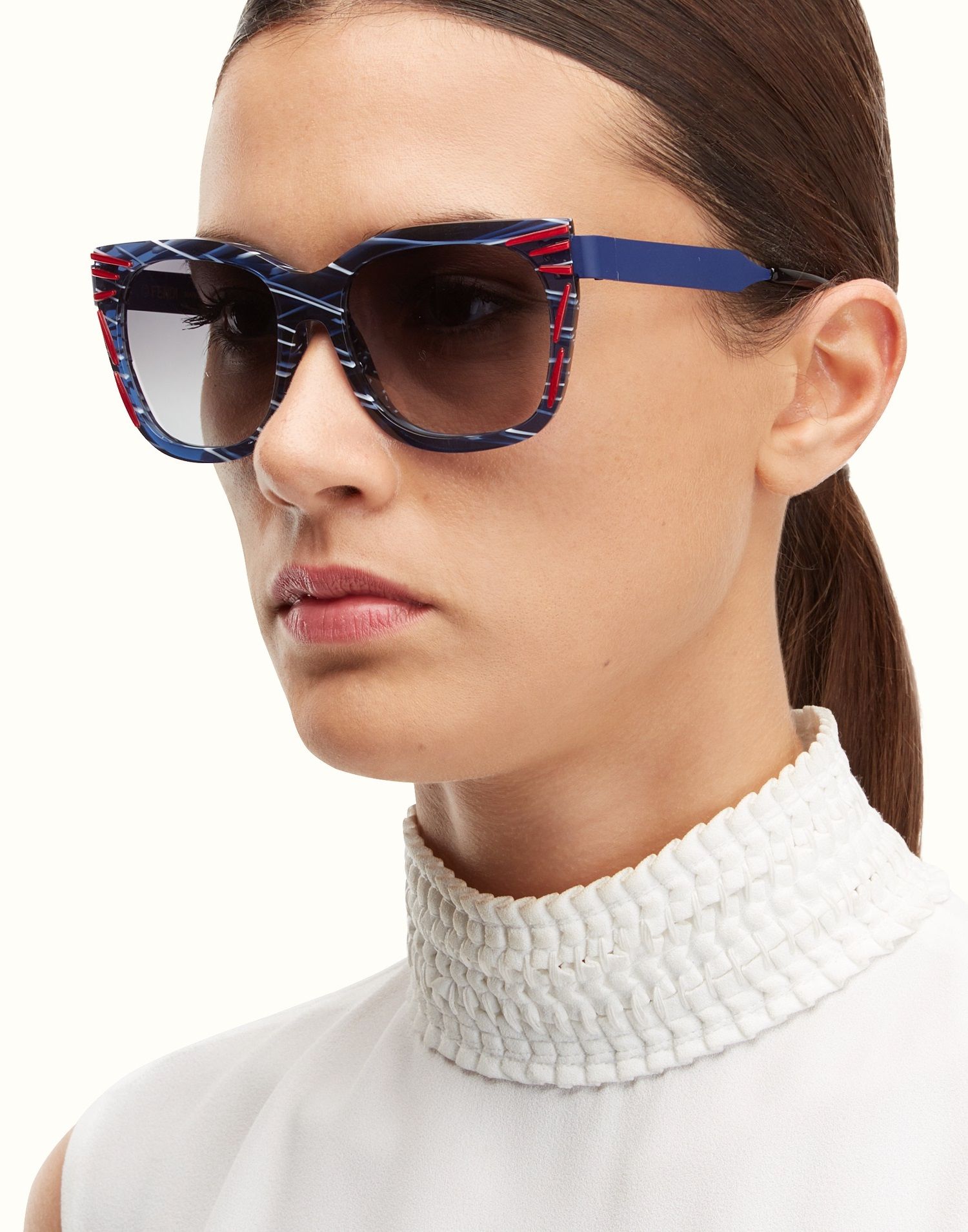 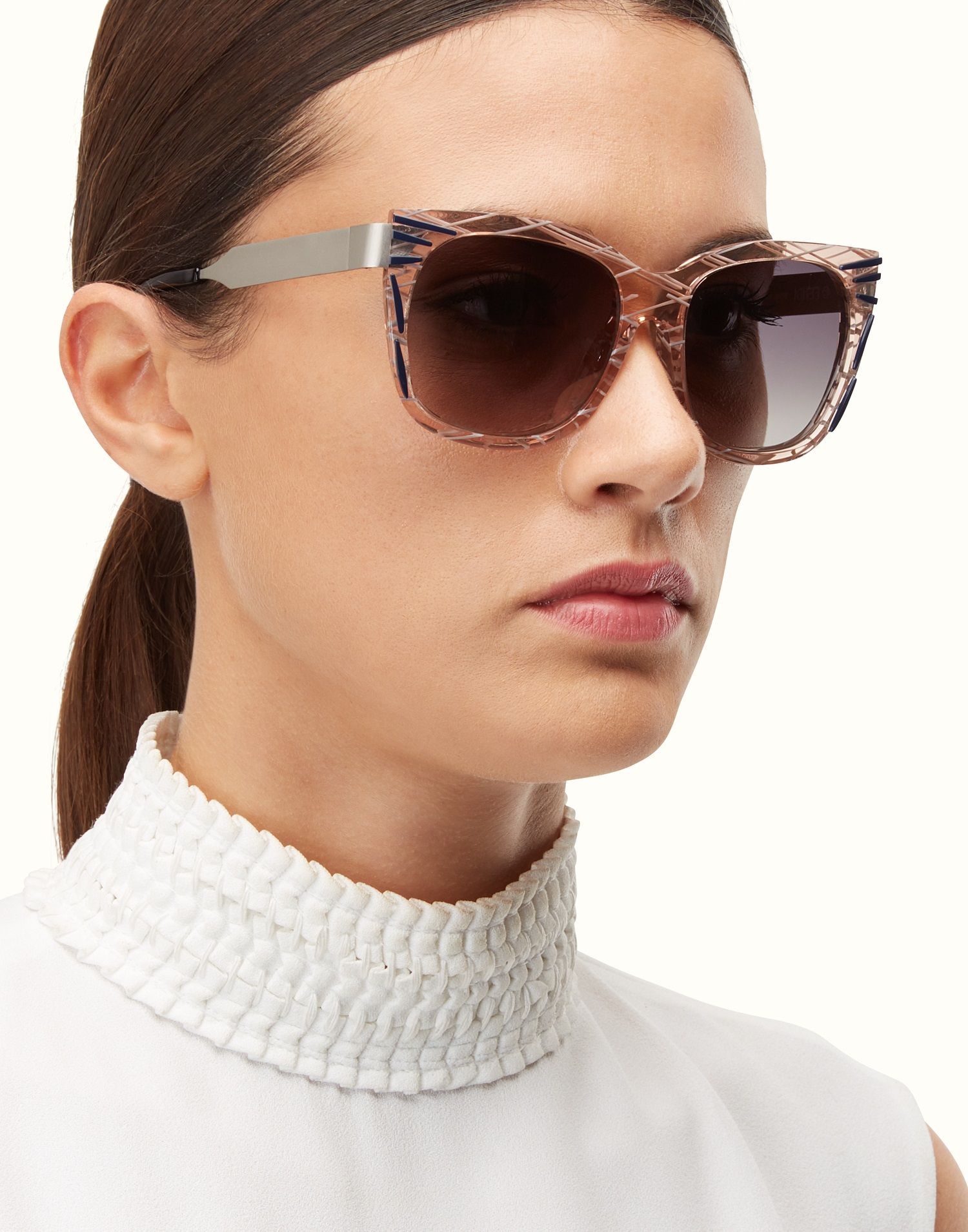 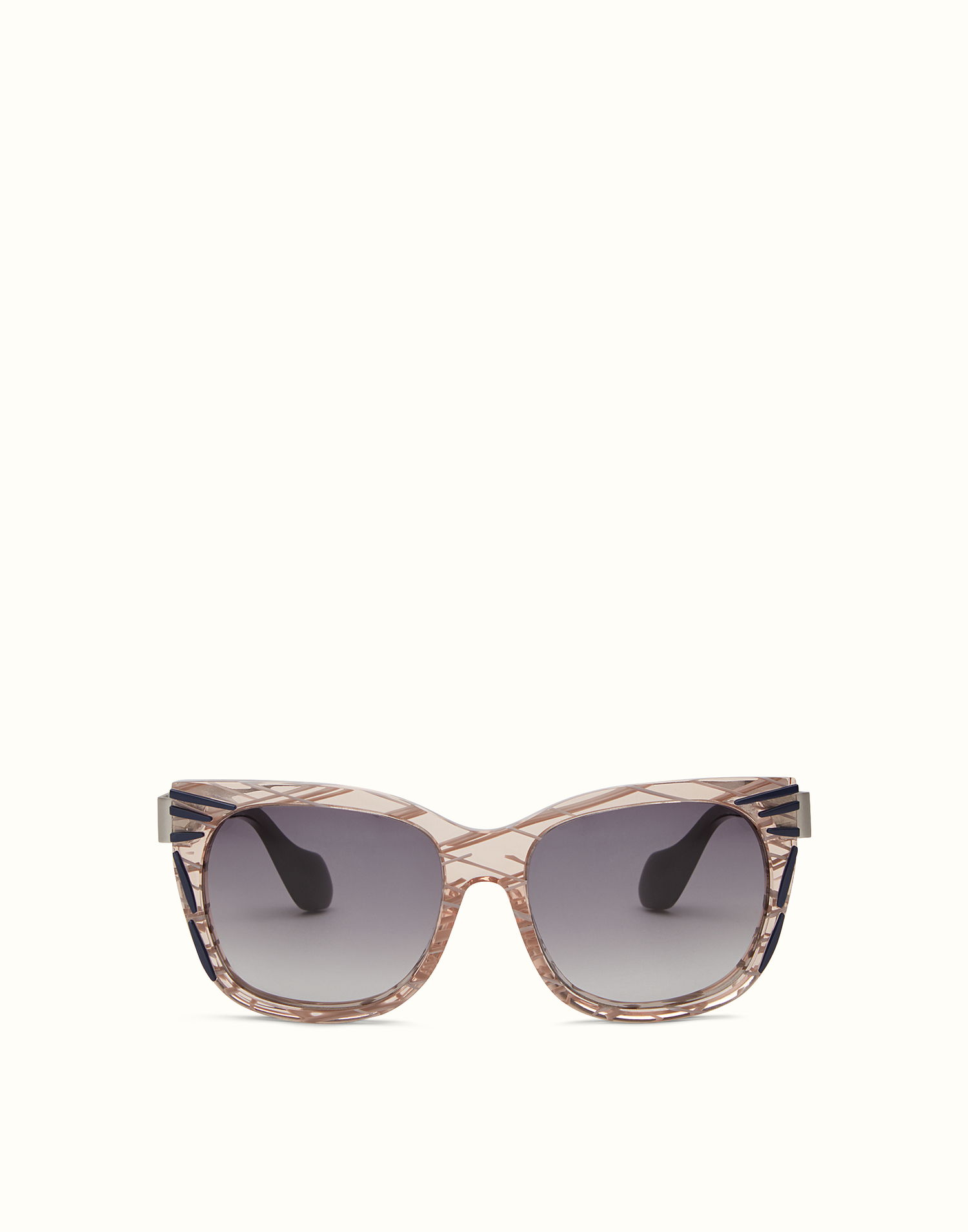 The Kinky frames also come in a transparent pink color with blue detailing perfect for an all-white occasion. 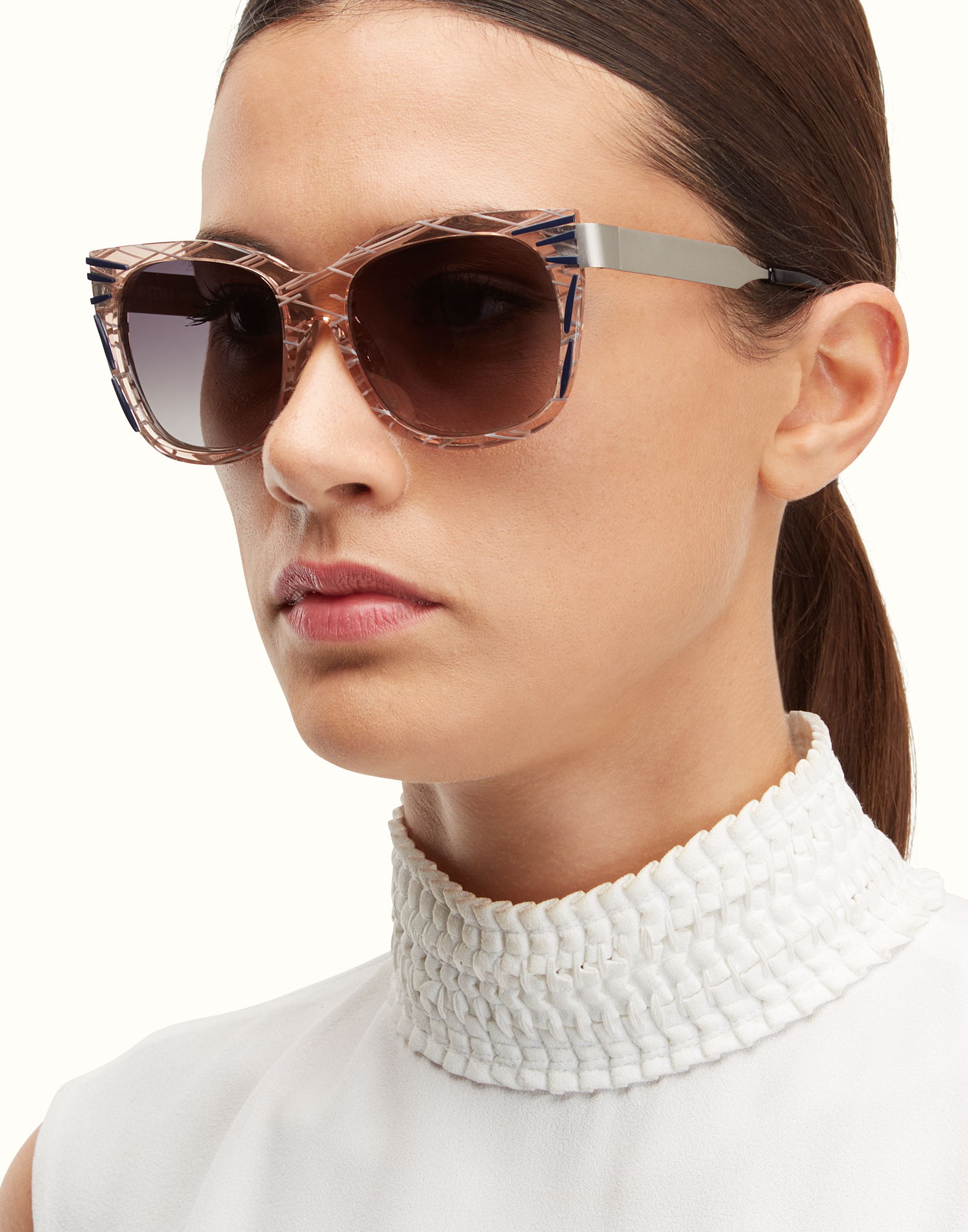 Adding a warmer edition to the collection, the Sliky rounded frames also come in a transparent yellow with a gray criss-cross pattern. These smoky brown lenses can be worn with earth tone styles.

French designer Thierry Lasry launched his eponymous sunglass line in 2006. Raised in a highly creative environment by an optician as a father and a designer as a mother, Thierry Lasry went on to create a sunglass brand aimed at a certain Elite looking to distinguish themselves out of the crowd. THIERRY LASRY sunglasses are based on the concept of « futuristic vintage » fusing vintage inspirations with an updated, modern and avant-gardist touch. The sunglasses are all flat fronted, giving a futuristic twist to retro-inspired shapes.